"We Have all known the long of loneliness, and we have found that the answer is community. - Dorothy Day"
Silks Yoga ® was inspired by the understanding that we as humans are experiencing life through a a multidimensional platform and that it is time to echo that in our yoga practice.


Silks Yoga ® is A fun way of mindfully connecting postures from unorthidox angles and positions with gravity to another.   The practice trains the brain to expand understanding of itself and how to work in a more unified and harmonious way with the body.

It is a deeply rooted in the traditional elements, philosophy and alignment and incorporates the energetics of anatomy, emotion and the psychology of our practice all in one. 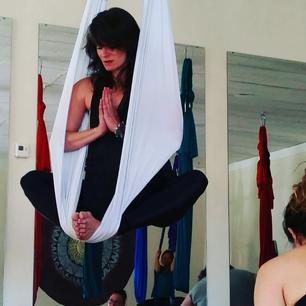 Raven’s yoga practice began over 18 years ago, as advised by a counselor, for stress and pain management; due to a back injury from a car accident. The practice  became part of her life's journey ever since. In 2008, Raven earned her 200-hour yoga teacher certification and as of September 2012.  She then continued her education and expanded her variety of classes to teach.  From high intensity cycle yoga classes to captivatingly calming yin yoga, she explored it all. In 2012 Raven became the first in the State of Colorado to be certified as an Unnata® Aerial Yoga instructor. She then opened a yoga studio in Boulder Colorado from 2012-2017.  Through that time Raven then furthered her development with the brand and began leading teacher trainings under Michelle Dortignac and aerialyoga.com.

Blending both her knowledge from teaching, and developing a highly successful aerial yoga program at her home studio, it was from this nutrient dense material that Raven developed Silks Yoga.


“My practice and teaching style is not solely focused upon one discipline of yoga, but rather integrating all the beautiful attributes that each type offers. Yoga has become my rock, my best friend, and an unconditionally loving, reflective mirror; into myself, and my relationship with the world. It’s multifaceted, as it smoothly relates to all aspects and every area of my life. Whether I’m riding a bike, eating dinner with a friend or having a crucial conversation; the essence of yoga resides underneath of surface.”
Raven's Instagram
Youtube Page 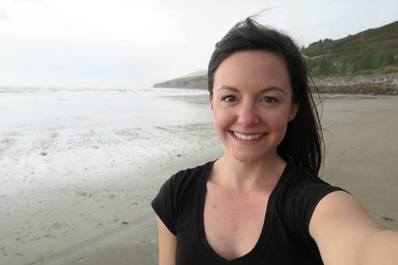 Jules fell in love with yoga in 2011 when a friend invited her to attend a class at local yoga studio in Washington State. She was instantly hooked and started attending classes as frequently as possible. Jules then moved to Colorado in 2013 and eventually deepened her practice even more by enrolling in a teacher training program. She completed her first Vinyasa teacher training through Figure Yoga and is now also certified in Silks Yoga, Silks for Strength, Yoga Sculpt and Cycle Yoga. Jules enjoys utilizing her background in dance to create colorful sequences accessible to everyone. Her upbeat classes allow students to try new things and expand their horizons in a safe, fun environment. She believes that every new experience in life is an opportunity to grow and would love to share her passion with as many people as she can!

Want to become a teacher?